Tonight was a very special night where I got to be part of an event not normally seen.

Stephan had arranged to propose to his girlfriend Lori this evening as she got off the train from work. What made this even more special was that Stephan had flown from Canada to propose! They are both Canadian but Lori works over here in the UK ( Talk about a long distance relationship! ) Having never met Stephan I was worried about finding him when I arrived at the station. I needn’t have worried as it was obvious who he was straight off, not because he was Canadian, nope it was because he was the nervous guy pacing up and down the platform practising what he was going to say. Members of the Aldworth Philharmonic Orchestra & Reading University Flute Club arrived soon after to play as the proposal took place.

Things didn’t quite go to plan with all the preparations, specifically the candles which wouldn’t stay lit because of the rain. But the rain didn’t dampen spirits.

So on with the photos…

Oh and I nearly forgot, Lori said YES! The whole thing was very exciting and I thank Stephan for allowing me to be part of the occasion. 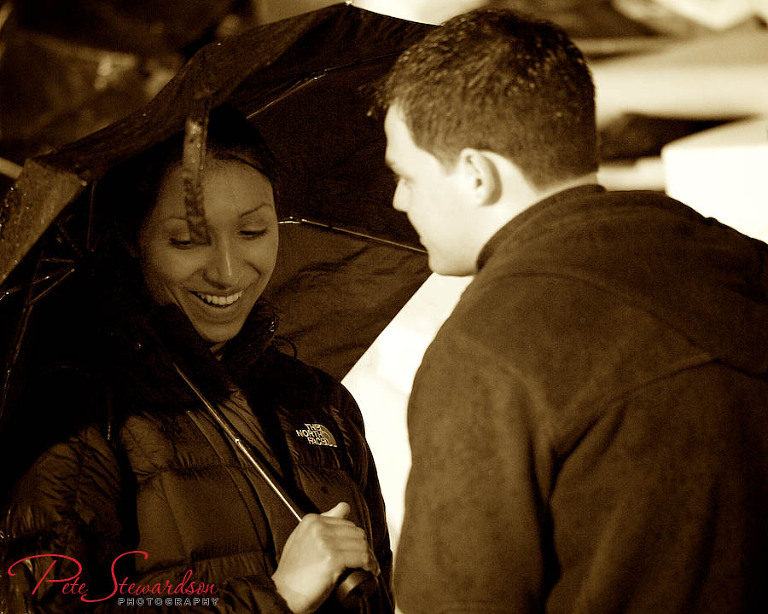 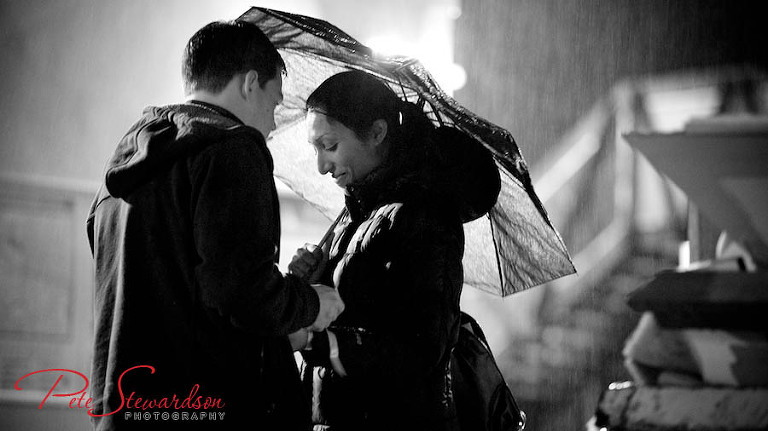 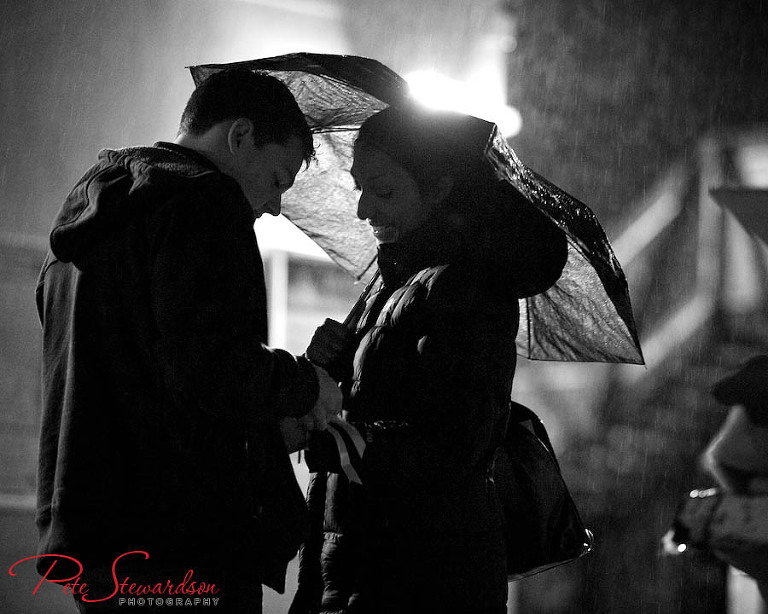