A while back I sent out a message over facebook offering a free engagement shoot, or a post wedding shoot for those already married. I’m not sure how she did it, But Sophia managed to reply in about 0.00000001 of a second saying she would love to have an anniversary shoot with Ed as it’s been one year since I had the pleasure of shooting their wedding. Having just looked back at my blog post I realise I didn’t blog many shots from their wedding at all, just these and then one from the first dance, so sorry guys for not posting more. You know I think you’re both awesome though 🙂

Anyway the day came and we hit the roads around Woking with the Vantage, and I have to say it sounded as great as it looks 🙂

First off we tried a to do a panning shot. Not that successfully but it’s a cool shot anyway. 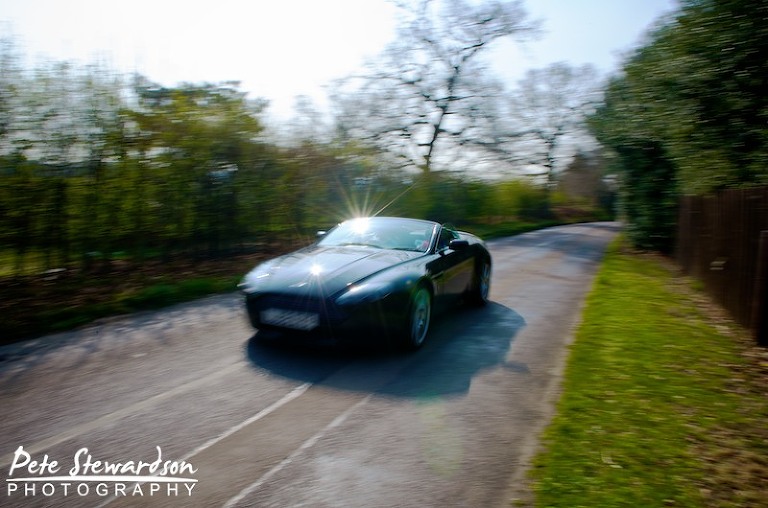 The car featured quite heavily in the photos 🙂 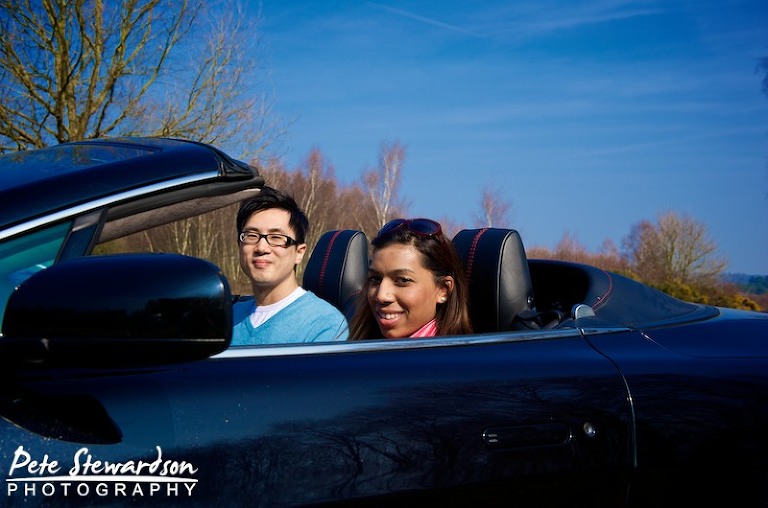 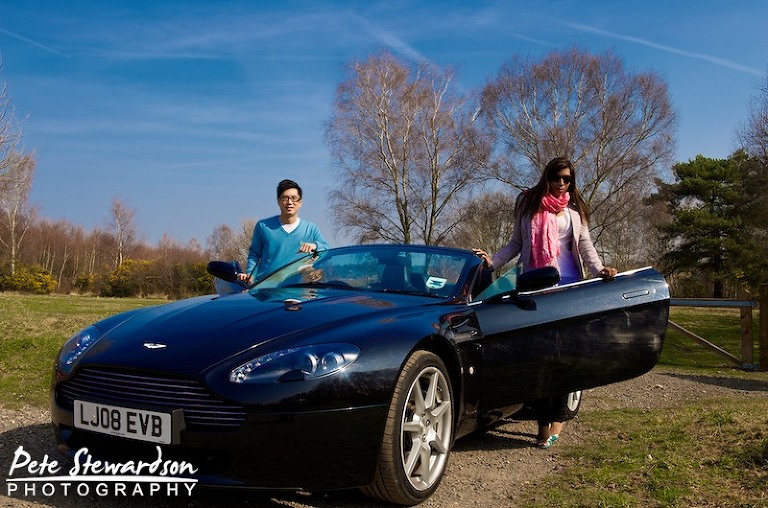 They look great together, and just don’t stop having fun. 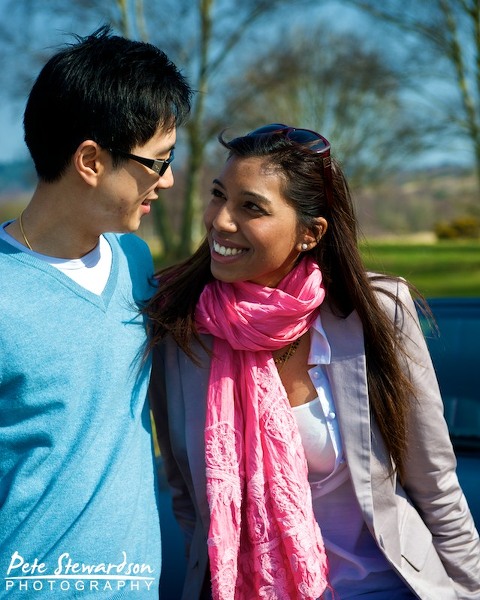 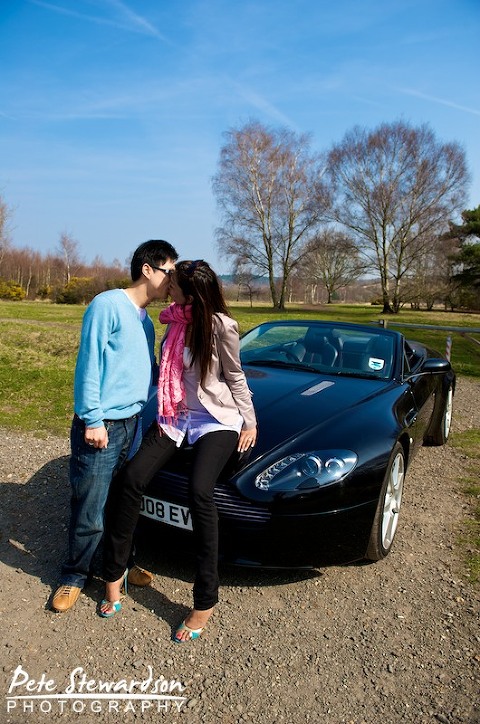 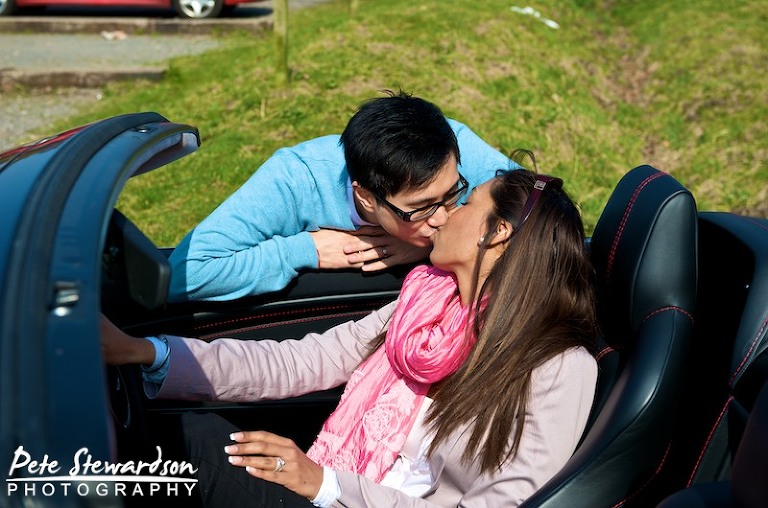 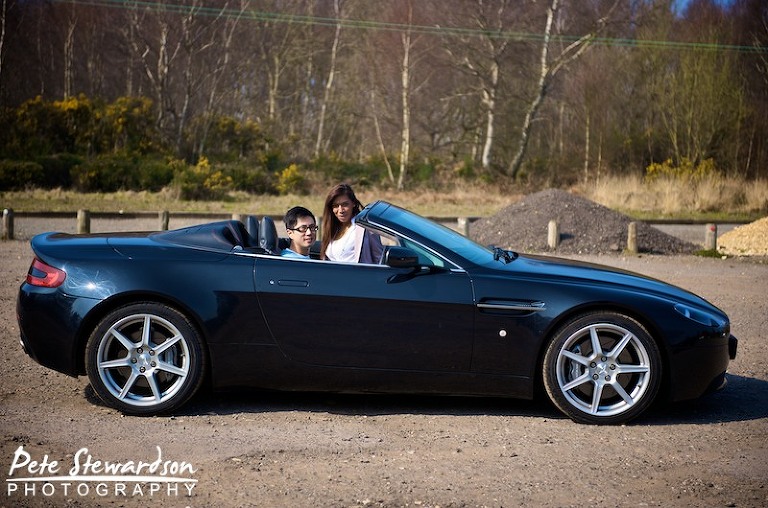 Sophia wanted some shots with the car too. 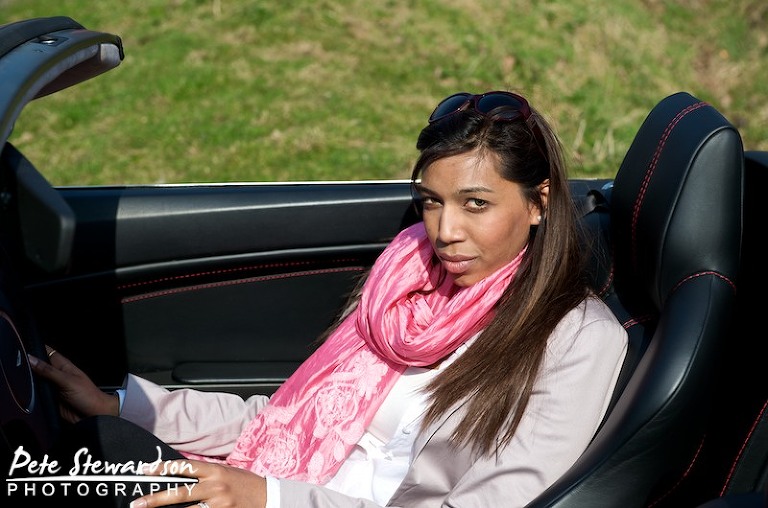 I think this next one is my favourite of the day. 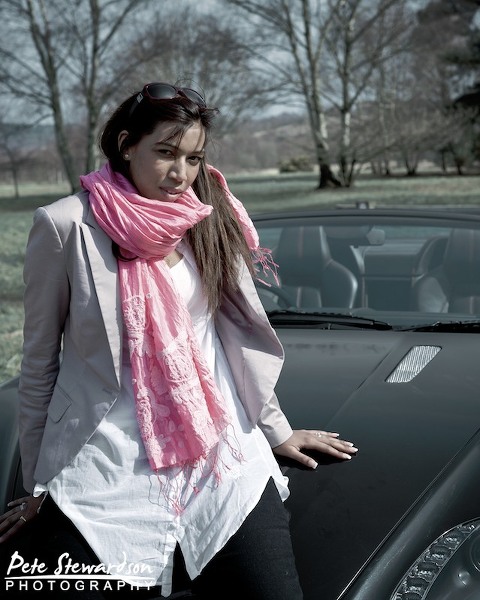 So thanks for being awesome guys, and see you again soon I hope 🙂